On the left is a NeXT mouse, which connects via ADB. This is the same connector c. 1986 - c. 1998 Macintosh used for mice, keyboards, joysticks, etc. “NeXT Computer, Inc” was the company Steve Jobs started after being kicked out of Apple in 1985. Apple then bought the company in 1997, primarily for the NeXTSTEP Operating System. Perhaps the best part of the deal was the return of Steve.

On the right is the dreaded “hockey puck” USB mouse that came with the iMac G3. The design was unpopular enough that there were plastic snap-on covers to try to improve the ergonomics. I recall there was one called “iCatch” - good to know Dad jokes can become product names. 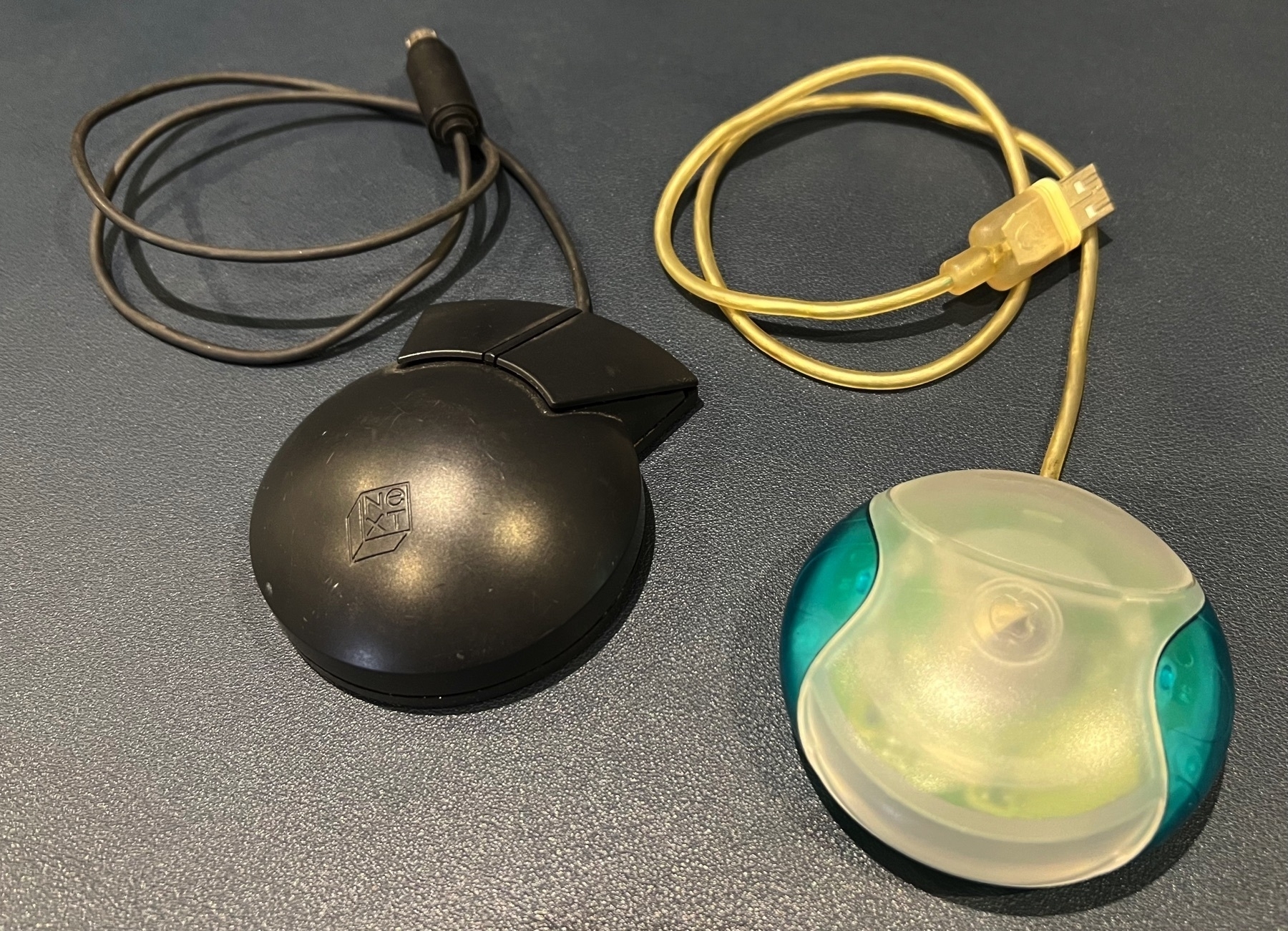 Currently listening: The Call - “The Walls Came Down”