Last week I took the family on a road-trip to Adelaide, which was an absolute blast. Amongst all the fun activities and sights we had planned, one thing I wanted to do was visit the headquarters of Jolt Cola Australia. Jolt Cola to me is an important nostalgia cornerstone, reminding me of 90s LAN parties and the Melbourne 2600 meetings, where as a pimply-faced youth I’d hang out with a bunch of social misfits and irregulars who were as computer obsessed as myself.

The question was, given that the last Jolt Cola I had found had been in 2018 on eBay (and shipped from the USA at exorbitant expense), were they still around?

Not only were they still in operation, but I met the fellow in charge, who very kindly gave me an entire box of 15 bottles with a sampling of the 5 different variants and a hat! I purchased a few more bottles of the original flavour for good measure from OTR, a convenience store chain that actually has outlets in Victoria as well - so the closest Jolt Cola to me was in Stawell all this time, who knew?

Update: Turns out there is a much closer OTR in Alphington! Called them, they do indeed stock Jolt Cola :) 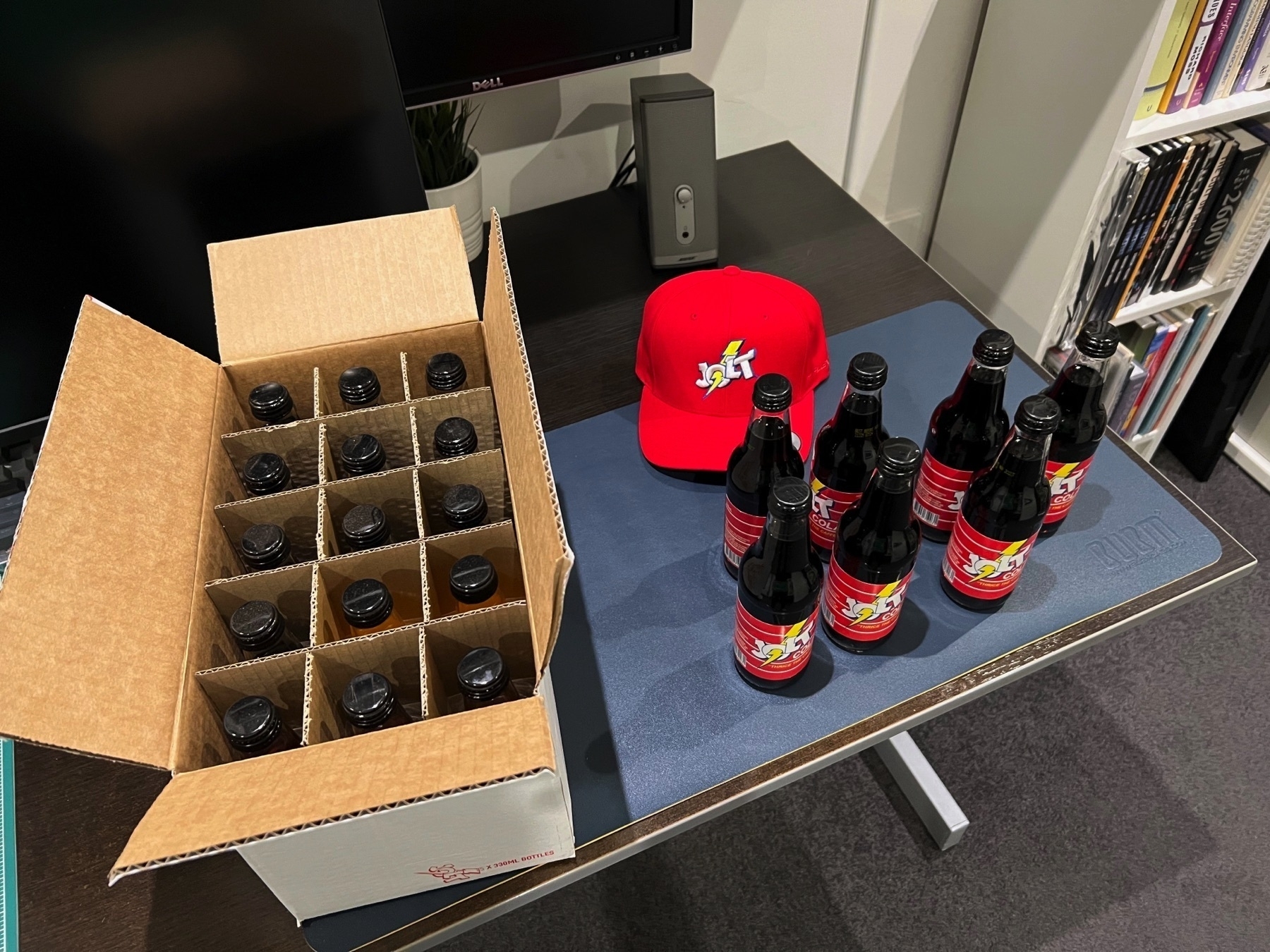